skip to main | skip to sidebar

All Rise: Resistance and Rebellion in South Africa 1910-1948 is an exciting new graphic history book that tells six diverse stories of working-class resistance from South Africa's past. It was written by Richard Conyngham, with each story illustrated by a different South African artist. I'm very proud to be one of those artists--I illustrated the chapter titled 'Come Gallows Grim', as well as the cover. All Rise is available for pre-order now.

In South Africa, the book is published by Jacana Media. You can read more about it and pre-order it from Loot

In the USA, the book is published by Catalyst Press, and available to pre-order from: 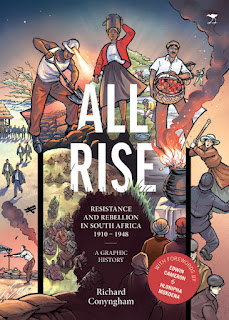 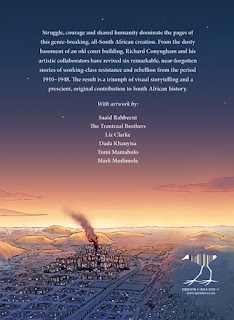 The next book I've illustrated for the Oxford University Press Graphic History Series has just been published. Witness to the Age of Revolution: The Odyssey of Juan Bautista Tupac Amaru, written by Charles F. Walker, tells the story of Juan Bautista Tupac Amaru, the half-brother of the leader of the Tupac Amaru Rebellion that took place in 18th-century Peru. Based on Juan Bautista's memoir, the graphic history follows his experience of decades as a prisoner of Spain on three continents during the Age of Revolution.

Find out more from Oxford University Press or Amazon. 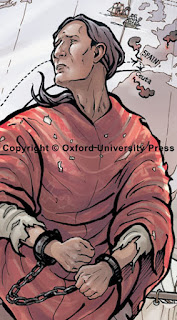 A Foreign Shore 3: The Company of Women book trailer

The third book in Forrest Johnson's fantasy series A Foreign Shore has a wonderful animated trailer.
Posted by Liz Clarke at 6:09 AM No comments:

The third book in Forrest Johnson's fantasy series, A Foreign Shore, was published in April. The author has set up a Pinterest board for the series, where you can see many of the illustrations and concept sketches I've done for the books, as well as Tania Kerins' cover art.

The third book, A Foreign Shore: The Company of Women, takes the characters to surprising, dark, and magical new places, facing demons, ancient mysteries, political intrigue, and
brutal warfare. Raeesha finds herself not only training and commanding a company of female soldiers as the last line of defense against a nomadic horde, but responsible for a decision that will determine the future of her homeland.

You can find out more about the book at its Amazon page.
Posted by Liz Clarke at 2:17 PM No comments:

The author of The Great Hanoi Rat Hunt graphic history, Michael G. Vann, did an interview for Freakonomics Radio in 2013, which is being broadcast on US public radio stations this week. "The Cobra Effect" is airing Thursday to Thursday, time dependent on location. You can also listen to the interview here.
Posted by Liz Clarke at 7:23 AM No comments:

Brad Lansky and the Result War, the seventh episode in Protophonic's excellent series of SF audio plays, has won gold at this year's Mark Time Awards. Dieter Zimmermann, the man behind the series, as well as the voice of Brad Lansky, received a Grand Master Award. Congratulations to all the cast and crew!
Posted by Liz Clarke at 9:17 AM No comments:

The latest book in the Oxford University Press Graphic History Series has been published. The Great Hanoi Rat Hunt: Empire, Disease, and Modernity in French Colonial Vietnam by Michael G. Vann explores the conflicts, ironies, contradictions, and failures of French colonial Hanoi with dark humour, specifically exemplified by the story of the French colonial authorities' attempt to rid the city of rats. Find out more from Oxford University Press or Amazon. 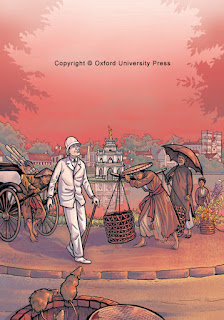